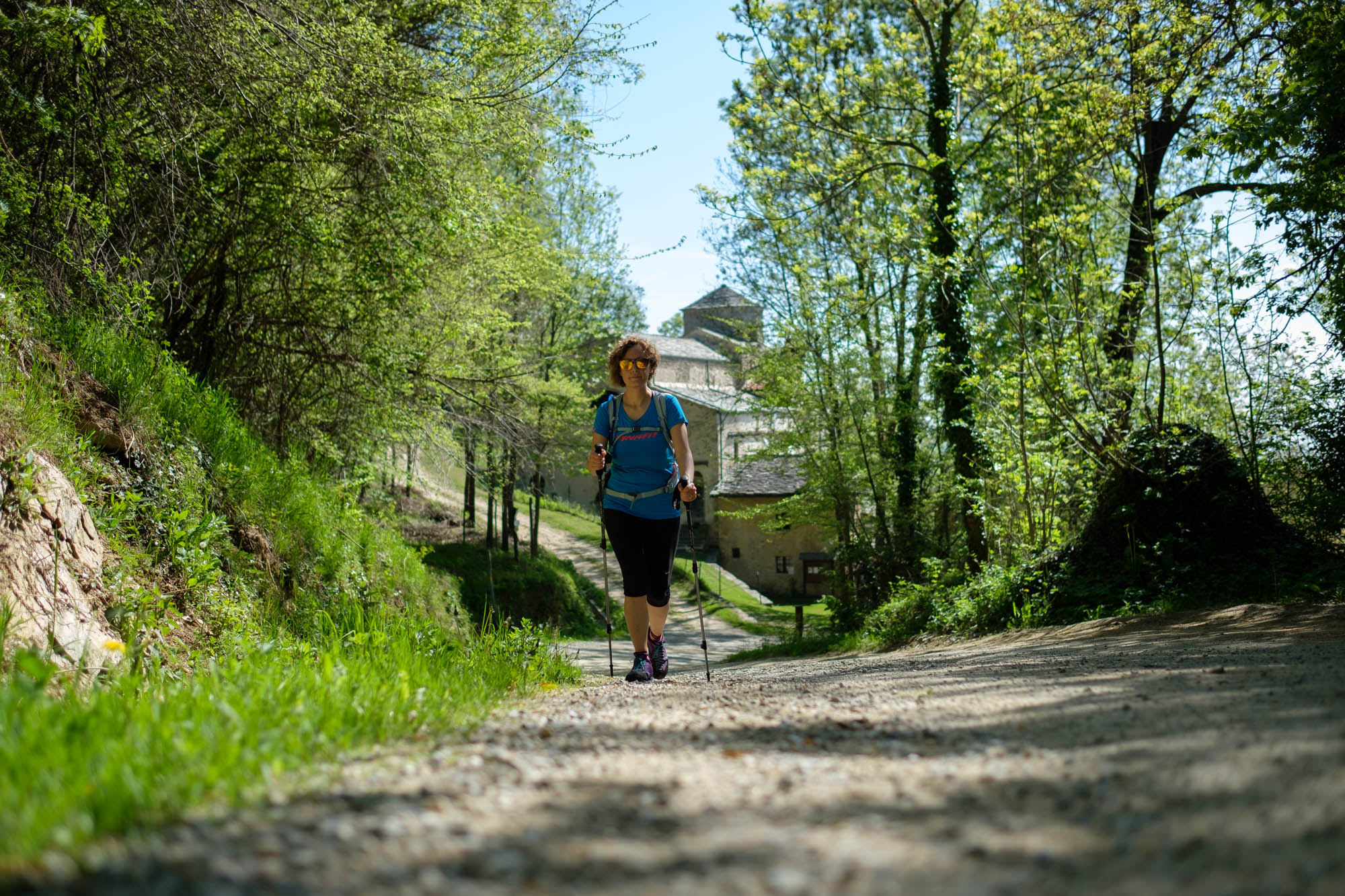 The first stage of the Occitan routes takes place almost entirely on the hillside in the woods at the foot of the San Bernardo and Roccerè mountains. A long stage, in uncrowded areas, which, while not touching peaks, has the advantage of gradually allowing us to enter the “slow” and contemplative philosophy of the Occitan routes.

You can leave your car in the spacious Ciciu del Villar nature reserve car park.

Go down the tarmac road towards Villar San Costanzo, where you will see the first yellow signs of the Occitan Trails. After 250 metres, turn right onto the Via Fornace dirt road. Walk the entire length of the road and, at the end, turn left, back onto tarmac, onto Via Gioera. At the end of the road, where there is a pillar, turn right onto Via Cervetto. Walk along the park of a beautiful villa, whose splendid views look back towards the Ligurian Alps.

Keeping to the tarmac road that gets steeper and steeper, you will pass several clusters of houses. The road becomes a forest track. A short stretch coincides with the Luca Borgoni path, named after an athlete who died prematurely on the Matterhorn. Disregard any detours and follow the dirt road that runs halfway up the hillside through the woods, with gentle ups and downs. After a couple of kilometres, you reach the splendid abbey of San Costanzo al Monte, a church built on top of a vast and ancient crypt, which has been restored several times over the centuries.

After passing the abbey, turn right onto the dirt road that comes from Dronero and winds gently uphill. Go around the B&B il Picco, pass the Barbero farmstead and further on, through a series of bends, go past Orcino.

At the fork, turn right, keeping to the edge of the Bollo clearing, from where you can see the peak of Mount San Bernardo (1,625 m), which dominates this first part of the route.

The road branches off a little further on, keep to the left and you will soon reach La Baita, a small wooden house situated at exactly 1000 m on a splendid panoramic balcony overlooking the plain and the Maritime and Ligurian Alps, dominated by the Besimauda mountain range.

The dirt road continues through an enchanting birch forest and then keeps to the edge of the Pian l’Abàclearing. Disregard a turnoff to the left, and the dirt road becomes a path bordered by dry stone walls, leading to the ruins near the now dry Fontana dell’Asino, or “Donkey Fountain”, the highest point of this first part of the trail.

Turning left among what remains of the old huts, descend into the Rio della casa gorge, characterised by an eroded section and then an area scattered with boulders. After reaching the town of Roccabruna, the path becomes a dirt road again near the Arduini houses. After crossing a brook, keep right at the next fork until you reach the Oggero hamlet. When you reach the first houses, near an electricity pole (be careful: it is not very visible), turn left sharply onto a downhill mule track that first runs alongside a cool fountain and then some ruins.

The path continues for a good stretch almost on level ground. At a crossroads, go straight on, cross two brooks and, a little further on, leave two less marked paths on your left that descend towards the Tiauda hamlet. The path becomes a nice balcony stretch and offers excellent views from Dronero to the Besimauda.

When you reach the Castello hamlet , walk past the church and turn right between the houses (fountain), then follow the tarmac road to the village. After 200 metres, leave the road and turn right onto the Chast’lass path, a dirt road that initially leads back to Castello, offering beautiful views over the plain.

The dirt road climbs steadily upwards through chestnut, ash, whitebeam and cherry trees. Disregard any detours, and after a couple of tiring kilometres you will reach Chast’lass, a rocky viewpoint on which Roccabruna castle once stood.

A few metres later a crossroads opens up. Turn left and make a wide and somewhat monotonous semicircle on a dirt road. After four flat kilometres, this leads to the hamlet of Sant’Anna di Roccabruna (1,252 m), where the first stage ends.

The route takes place in the lower valley, so it is recommended in the intermediate seasons when the heat is not yet oppressive. Although it does not reach high altitudes, the stage is long and, considering the various ups and downs, it overcomes significant differences in height. 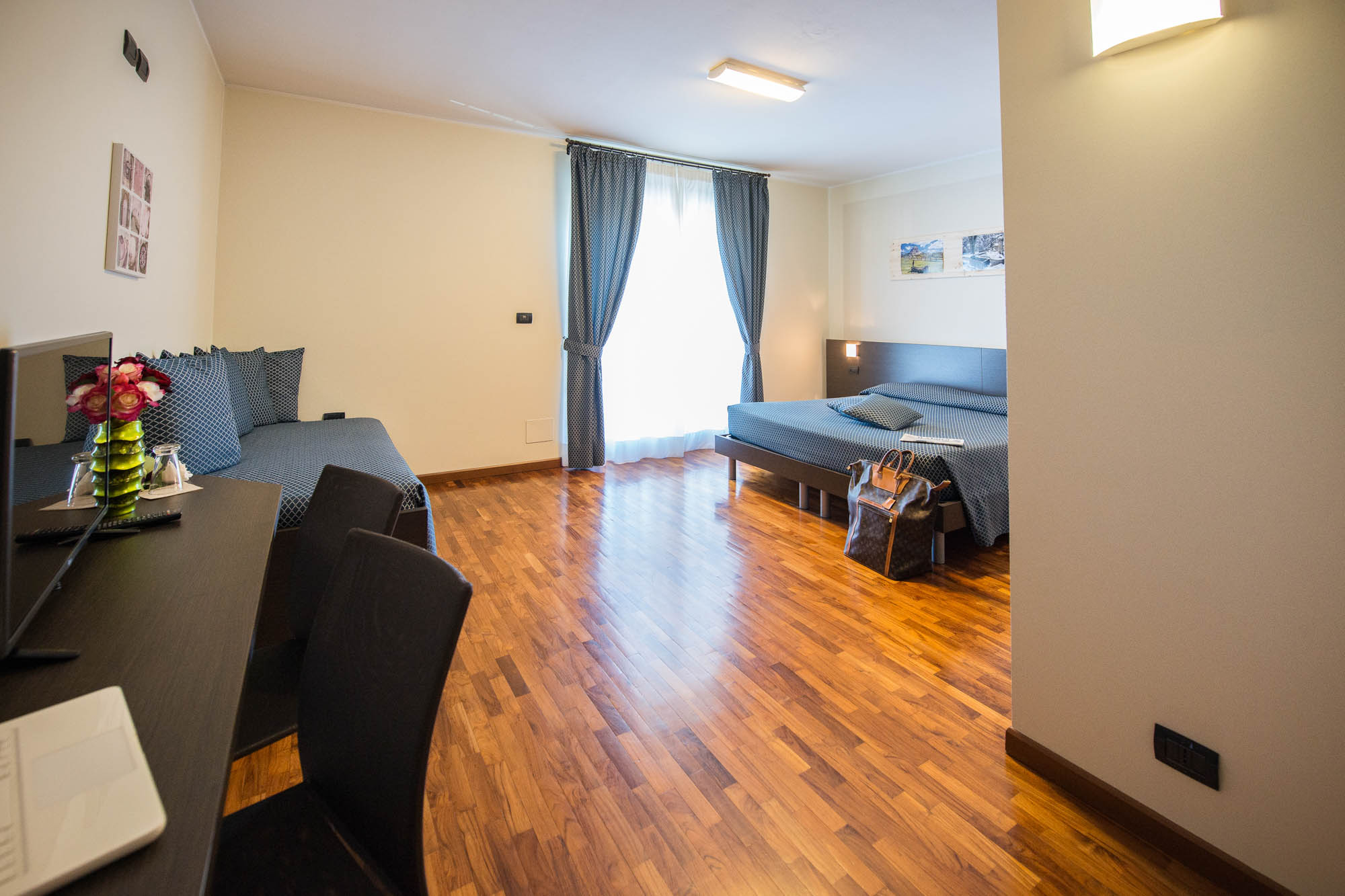 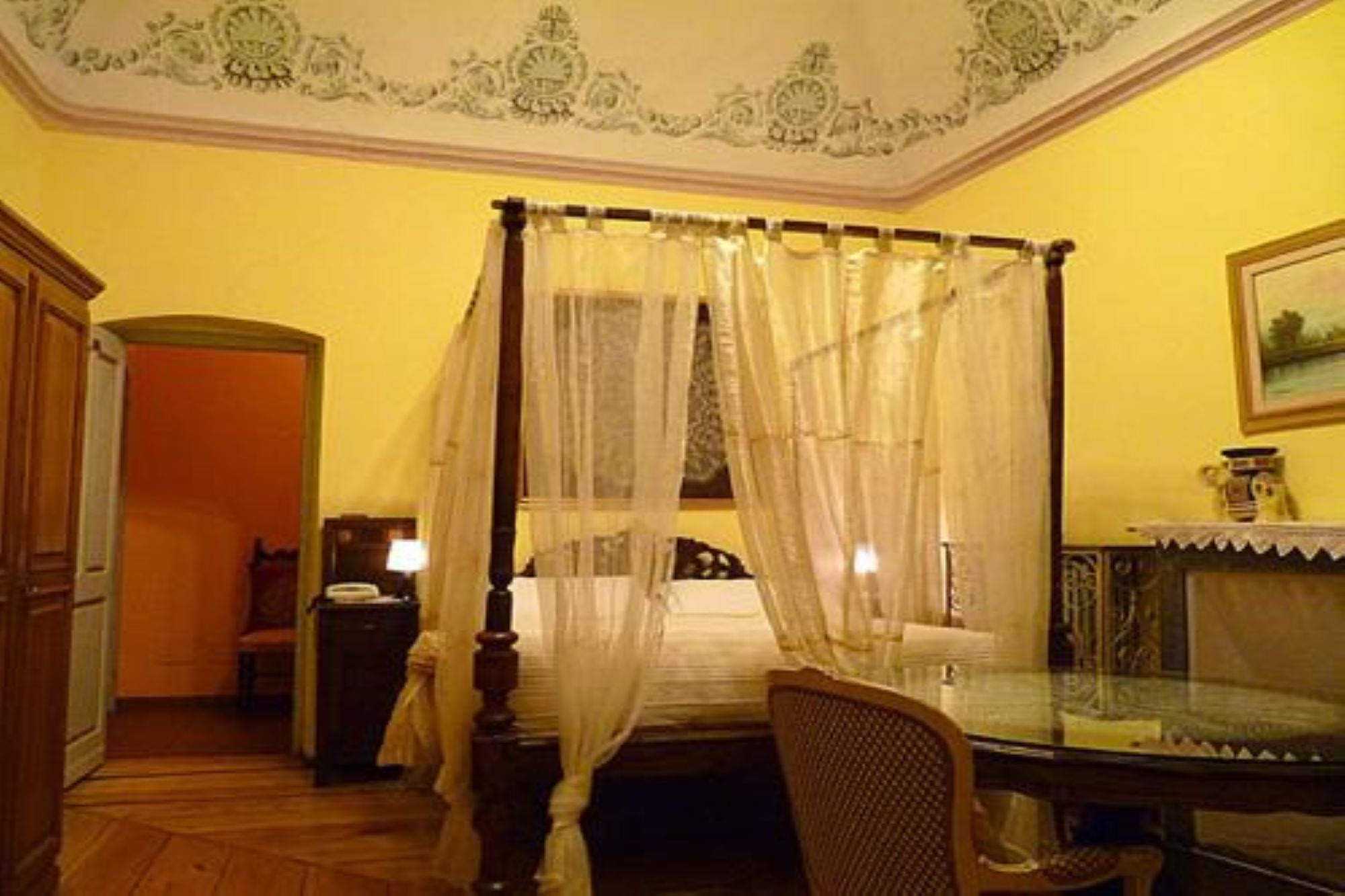