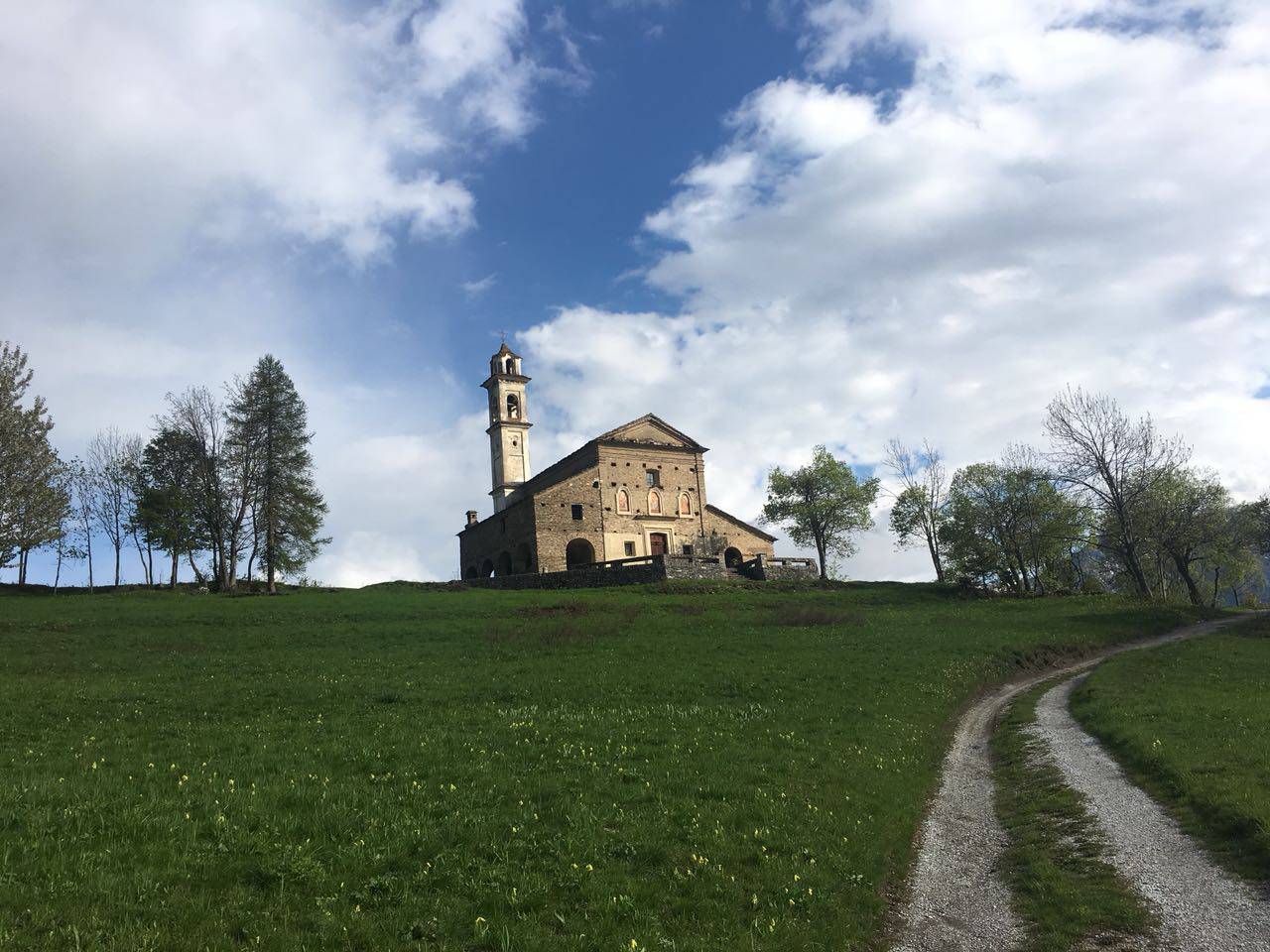 This loop tour through the rugged mountains offers beautiful views of the Maira Valley and abandoned buildings such as the Stroppo lazaret and the church of San Peyre. Starting from the church of Paschero di Stroppo, head towards Pessa, passing the chapel of San Giacomo along the way. On reaching Pessa, the path leading to Caudano increases its gradient. When you arrive in the village, you can admire the lazaret, a hospital built in 1463 to care for those affected by the plague, which remained open for 130 years. After the church, continue along the tarmac road and then take the path to the left through the woods to Santa Maria di Morinesio via Grange Cucet. When you reach the sanctuary of Santa Maria di Morinesio, you can relax and admire the magnificent panorama. This sanctuary was built on the ruins of an ancient chapel dedicated to St Margaret. The frescoes on the dome and those on the exterior are the work of Francesco Agnesotti of Sampeyre, who painted at the end of the 19th century and was the last heir to the tradition of itinerant sacred art painters who had been active since the 15th century. After the church, turn left and continue towards Ruata Valle and then close the loop by returning to the starting point.