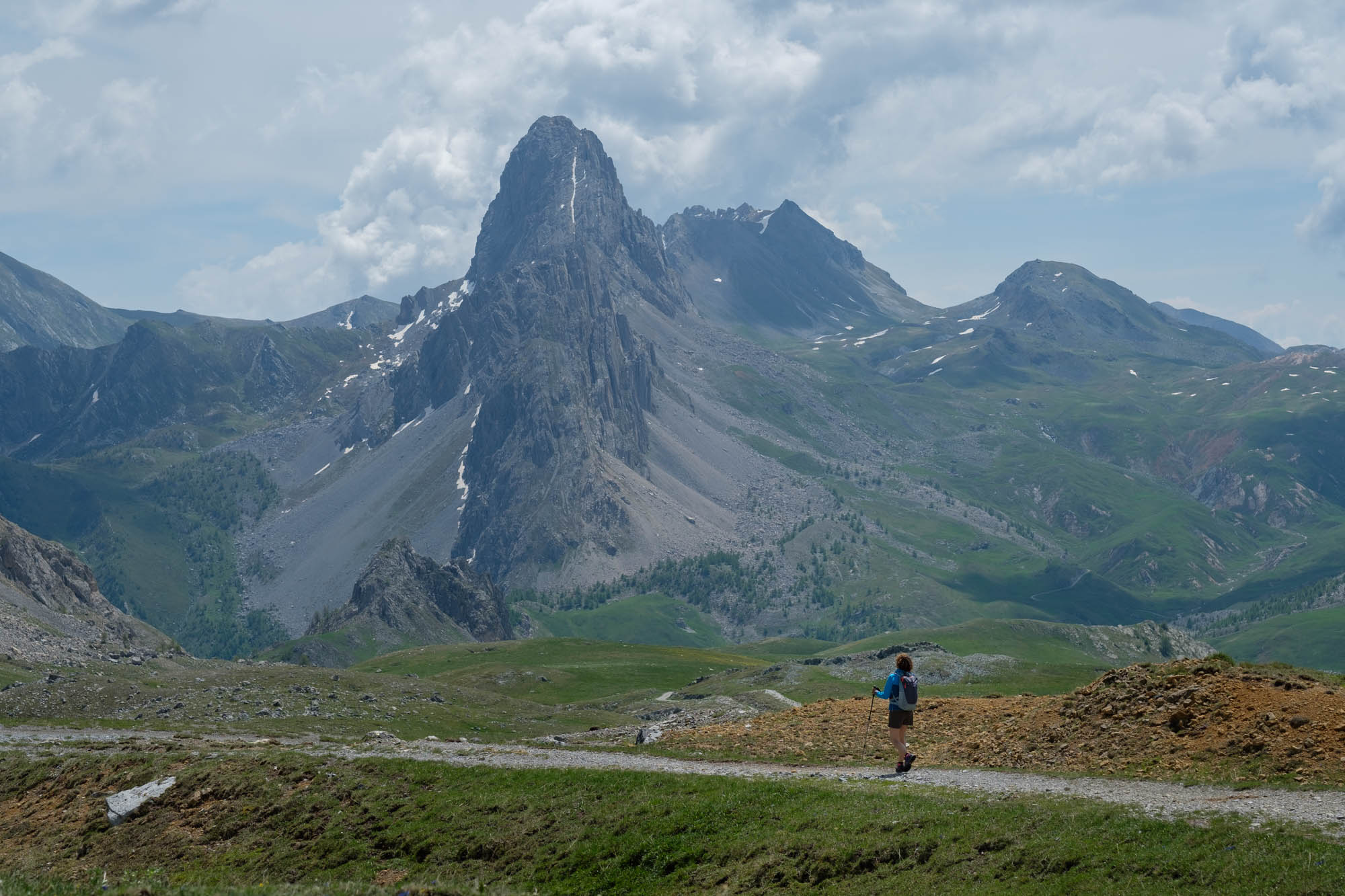 Highlight of the Occitan routes that go up the valley of Unerzio until you come out on Gardetta, an immense plateau between the Dolomite peaks. A real natural amphitheater that converges on one of the most beautiful mountains in the Cuneo Alps: Rocca la Meja.

From Chialvetta, go back along the route taken during the previous stage, passing Pratorotondo and then Viviere. From the latter, follow the old mule track again, which runs just below the tarmac road. When you come to a hairpin bend, continue on the mule track that goes up through the larch trees until you reach the road, which has since become a dirt track.

Follow it to the left for about a kilometre, disregarding any detours as it climbs gently around Rocca Limburny. At a fork in the road at the foot of a prominent pillar, take the path to the left. Go up through the larch trees, keeping to the upper edge of the enchanting Ciorliero grassland, a wide pastureland plateau with ruins of old military buildings.

The gentle path climbs steadily upwards through increasingly sparse larch trees. On the way back, increasingly impressive views open up over the Oronaye and its surrounding peaks. The path runs above a couple of small stretches of water. Suddenly, the grasslands end and you enter an eroded area with characteristic chalk outcrops where some of the Alpine Wall bunkers stand side by side.

After a final crossing, you will reach the Gardetta pass notch, where an outstanding view opens up over the entire plateau. The surrounding Dolomite peaks beckon, and the impressive Rocca la Meja catches the eye, its shape resembling the sharp fin of a shark from this angle.

It is worth making a detour (just under an hour round trip) to the left on the easy path up the scenic Bric Cassin.

Back at the Gardetta pass, follow the gentle military road downhill through the pastures (there are possible shortcuts) where marmots reign supreme, until you reach the Gardetta refuge. 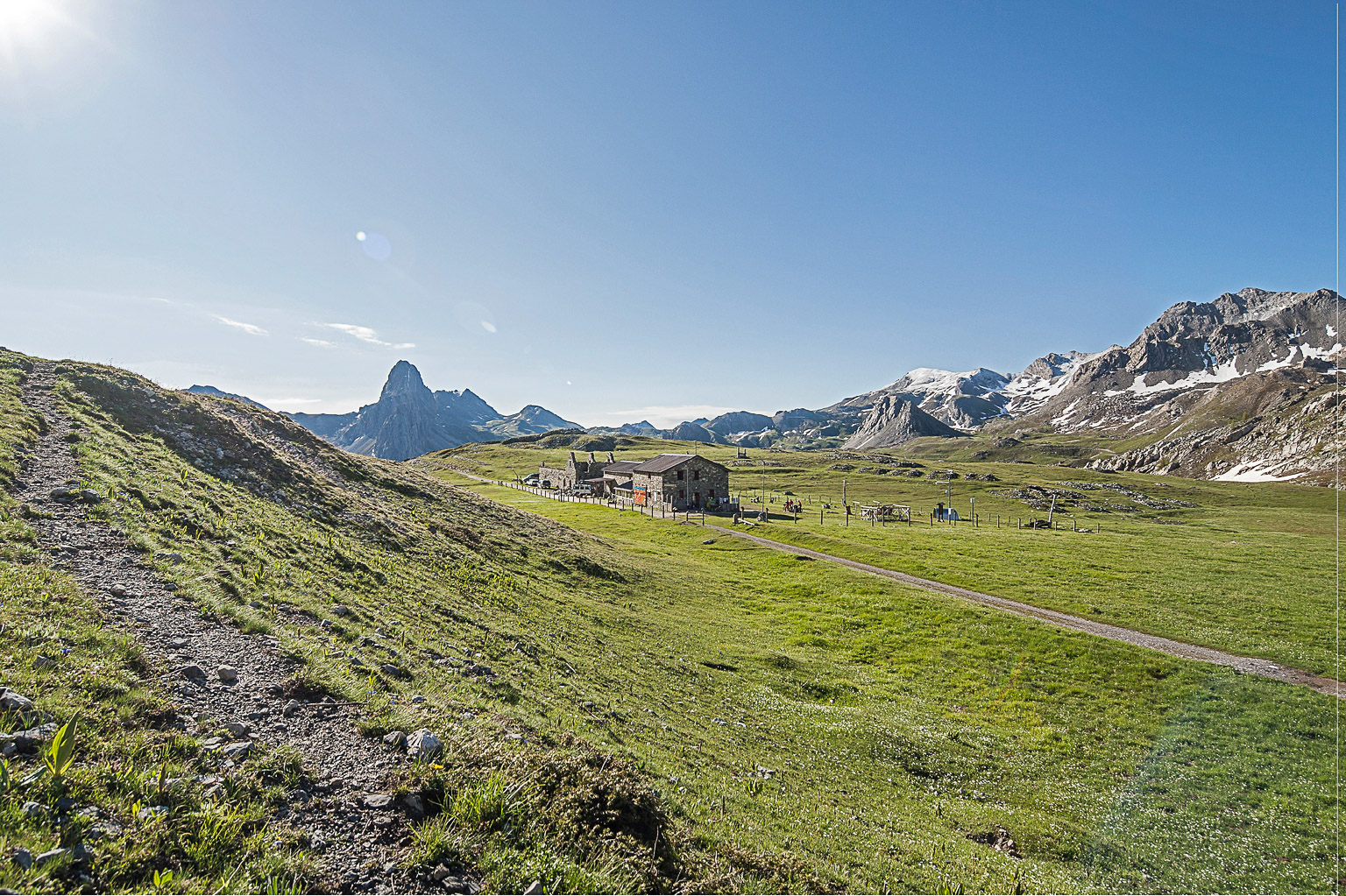 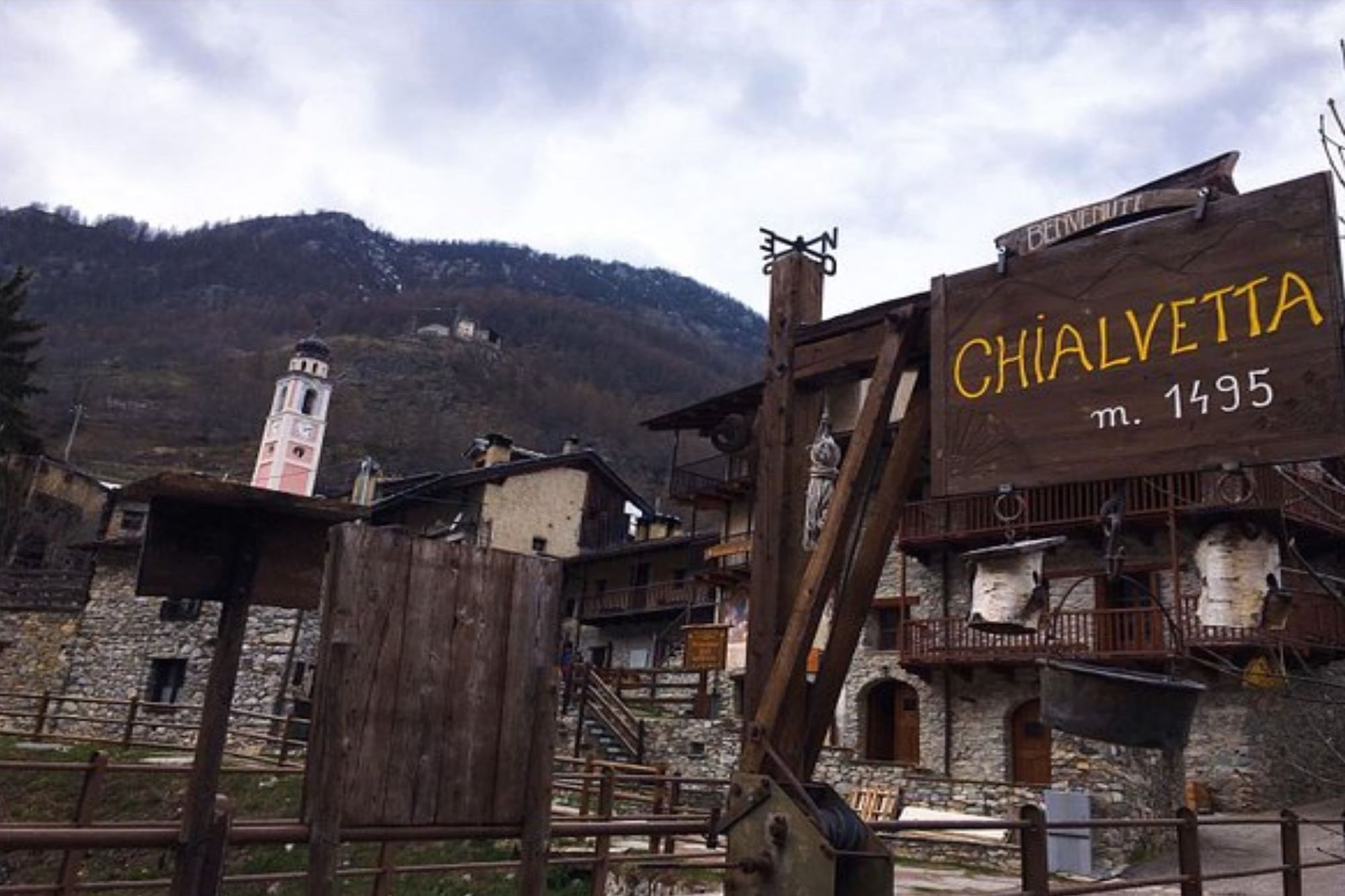