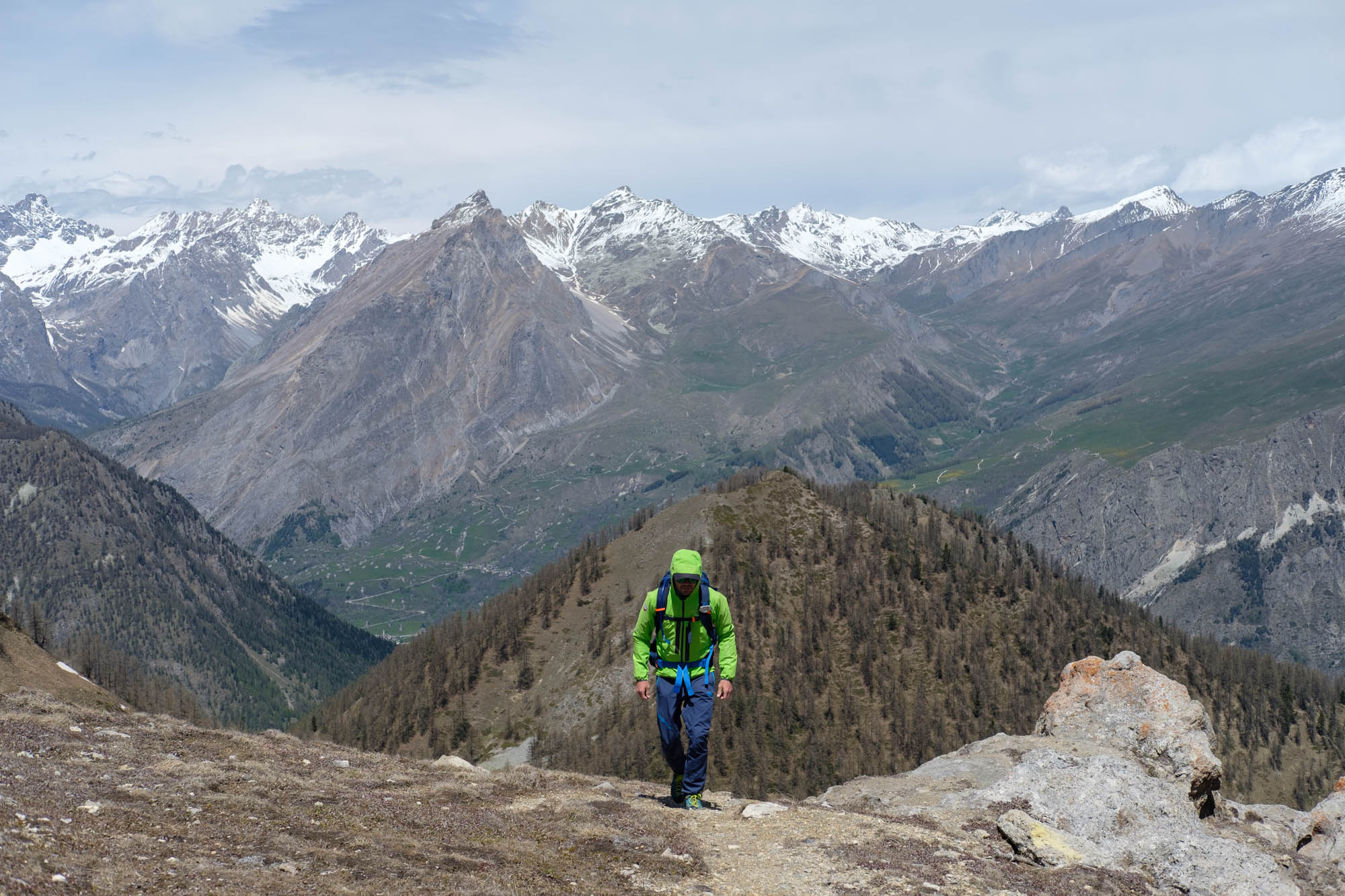 An alternative stop to the two that go up to the Gardetta plateau and then go down to Mamora. Even if it has a lower visual impact, it allows you to shorten the itinerary by a day passing by the very panoramic Soleglio Bue hill, whose toponym derives not surprisingly from "a place exposed to midday, sunny".

From the car park below Chialvetta, take the path that goes up towards the south on the right-hand side of the Unerzio valley. Always follow the main track and go back up through the pine forest with some steep zigzags.

Higher up, ignore a detour on the right that descends to Pratorotondo and, still following the yellow/blue markings, continue to the edge of the Ussiera clearing, where there are some ruins in a wonderfully scenic position.

The path goes around the hill that the locals call Chabra and, after passing a ridge, enters a side valley crossed by the Petello stream. Towards the trailhead, the path bends to the left, enters a larch grove and climbs steeply again, zigzagging. The larch trees gradually become more sparse and you will reach a narrow pass near the Ciabert mountain.

After a short descent on the opposite side, start going up again, passing by some small lakes. Higher up, take a slightly overhanging crossing (must be avoided if there are snowfields) that leads directly to the Soleglio Bue pass, with splendid views back over the peaks of the upper Maira Valley. The view from the opposite side is breathtaking and opens out onto the craggy Mount La Bianca, the Becco Grande, the imposing Rocca la Meja and the stupendous valley that leads down to the bottom of the Preit valley.

Go down the opposite slope on the green and gentle flower meadows. At a fork in the road, keep to the left and follow the path that goes down between sparse larch trees to rejoin the dirt road. Walk along it for a short distance and, at the next hairpin bend, leave it for a path on the left that leads through the larches to the beautiful Soleglio Bue granges.

Follow the dirt road northwards for a few metres, then turn left almost immediately onto a path that descends steeply with a few zigzags. After a crossing next to rocky brackets, there are beautiful views of the Preit hamlet below.

The path continues to descend steeply, crosses a footbridge and joins the tarmac road leading to the Preit pass. Follow it to the left for a very long and somewhat monotonous stretch of about 4 kilometres that descends to Canosio, ignoring all detours.

Near the first houses, turn left onto the road that crosses a bridge. Leave it at the bend to take a dirt ramp that goes up past the old Pra la Grangia ski lift. Take the visible mule track between dry stone walls, which joins a forest track further up.

Follow it to the left along a somewhat monotonous stretch that climbs for about a kilometre and a half, until it becomes a nice, almost level path. Pass by the wooded Belvedere which, despite its name, does not offer great views.

Continue halfway up the pine forest to reach the Colombo spring, after which the descent begins again, first in a zigzag pattern and then on a balcony stretch that offers beautiful views of the villages of Marmora on the opposite side.

After crossing the stream using a footbridge, follow the dirt track that descends to the left towards San Sebastiano, with its chapel housing an extraordinary 15th-century cycle of paintings. Continue along the now tarmac road, which continues downhill and after a few hundred metres reaches Finello, home of the Lou Pitavin Occitan inn stop point. 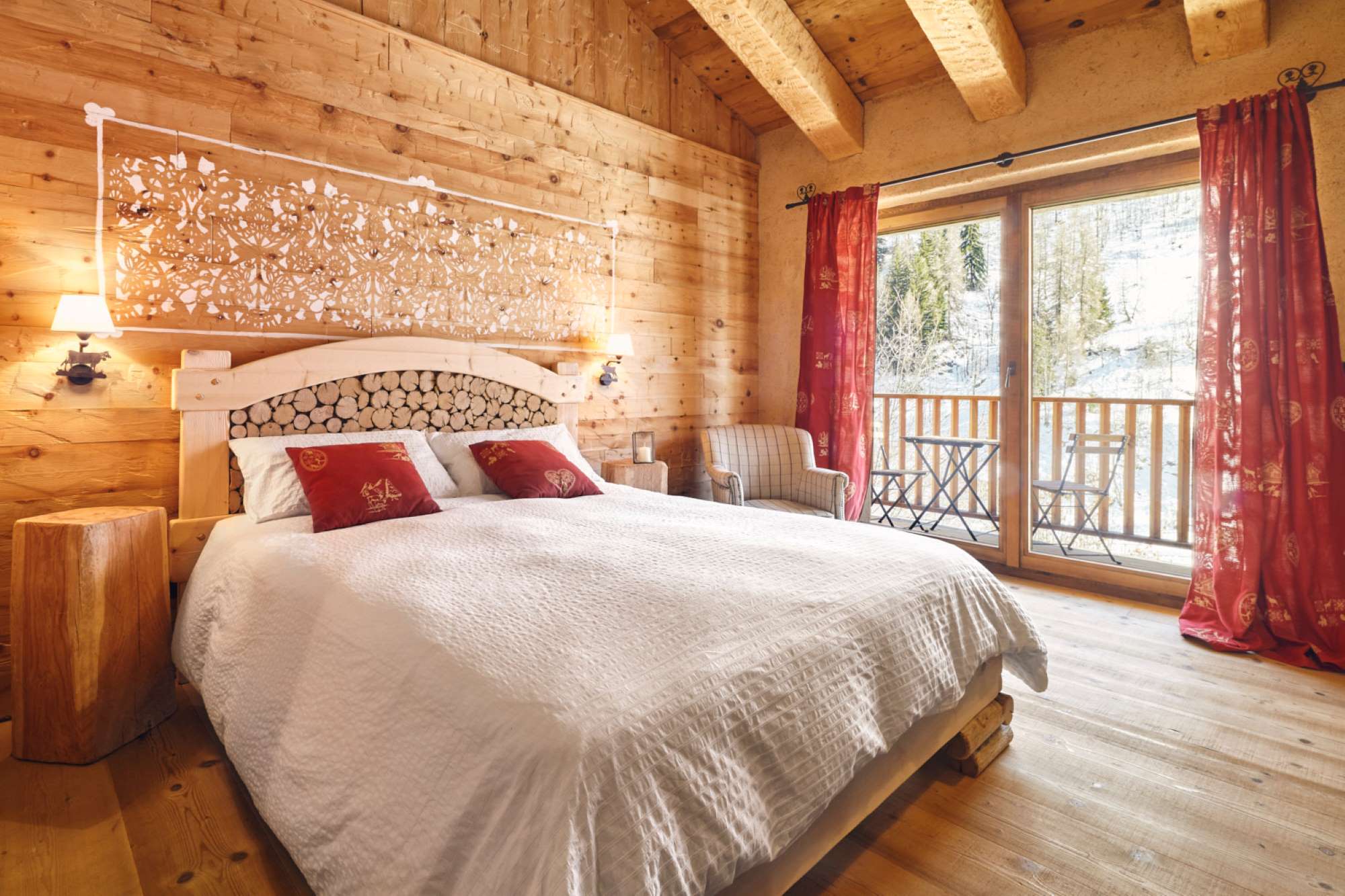 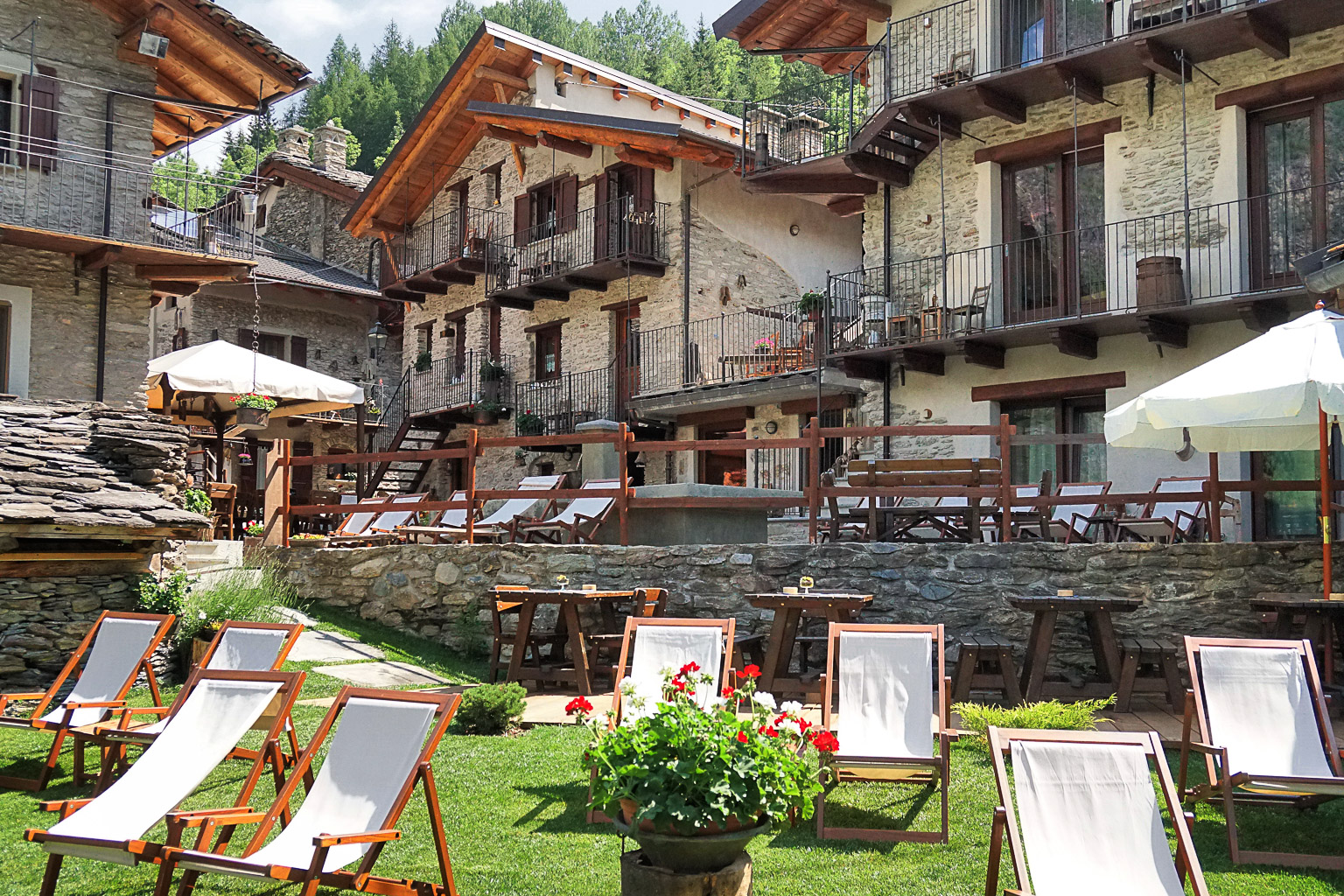